Google, in July 2019 came up with an update that it will stop supporting robots.txt NoIndex from 1st September 2019.

What will be its repercussions in internet marketing?

What are some of the alternatives of Robots.txt NoIndex?

Here we are going to talk a little bit about the announcement that has been made by Google just a little while back. So, for those who need to know more about the robots.txt NoIndex news, there is no doubt that they are going to find the information right here.

Google Makes an Important Announcement of Not Supporting Robots.txt NoIndex

Google updates have been the deciding factor for internet marketing. Every single announcement made by Google has been always on the front page news because it is so important for the people to know more and more about the things which are going on in the company.

There is an important announcement which has been made by Google and as per that; Google will be open-sourcing the production of the robots.txt parser. In addition, to that announcement, Robots.txt NoIndex is going to be unofficial.

Google is saying now that there will be no support that is provided to the robots.txt noindex and also the other codes which are handling the different unpublished and unsupported rules too.

This rule will be effective from September 1 of this year.

This is quite an important announcement for the people because all the different codes which have unpublished rules will not be supported by the Google and that means the users have to stop using these codes in their programs.

This announcement has actually created a storm in the world of the internet and people are trying to come up with alternatives and solutions which might help the cause in the best way.

We will delve into the alternatives later in this post, let us first have a look upon what this Robots.txt Noindex is-

What is Robots.txt NoIndex?

Using NoIndex tag in the Robots.txt file impedes search engines from excluding those pages in the Search Engine Results Pages.

Why Google is not Going to Support Robots.txt NoIndex?

In its statement about no support to Robots.txt NoIndex, Google says-

In the interest of maintaining a healthy ecosystem and preparing for potential future open source releases, we’re retiring all code that handles unsupported and unpublished rules (such as noindex) on September 1, 2019. The noindex rule of Google was announced by the company just a few days back and that too in the Webmaster Central Blog that the company uses.

Google made it pretty clear that it has been receiving many different questions from this blog site and the developers.

All want to know about the decision regarding the robots.txt parser’s open sourcing.

The most common query that comes forth from the users after the draft of the Robots Exclusion Protocol was published was that why there is no availability of any code handlers for the other important rules such as the craw-delay which are also included in the code.

There is an outlining of architecture which is provided in the draft for all the non-standard rules for sure.

So, that means the crawlers would actually support the lines in case the developers make the decision to do so in the first place.

After that, the company began running some examinations and then analyzed the exact usage of these robots.txt rules.

The rules which were included in the testing were the rules that didn’t have any form of support from the internet-draft which was released.

This included the rules of noindex, nofollow, and crawl-decay as well.

Since these are the rules which are not really documented in the Google formats, the usage of these rules in relation with the Googlebot is not that high.

This is exactly what Google has to say when the questions were being asked by the developers.

Apart from that, it also came out that the usage of these rules is actually contradicted by some of the other rules which are present on the internet.

This is one of the most important reasons that actually hurt the presence of the websites on Google results of the search and that is not really the intention of the Webmasters too.

So, these are the rules which are not going to be continued from a certain point of time.

This is one important thing that the developers need to always keep in mind for the best of the results in the field of development of websites.

In a way, it can be said that the Google has actually decided to make sure that all these codes of the robots.txt NoIndex and other options are all retired in the best way, so that the internet is able to maintain the healthy ecosystem that it always has.

This is done in order to make sure that the future releases of the open-source platforms have no trouble whatsoever.

Now question comes that what should you do if you have been using robots.txt NoIndex directive?

Google has also come up with some of the alternatives for revolving these issues.

Let us have a look upon the different alternative options of Robots.txt NoIndex Directive.

One of the most important announcements that have been made by Google this year is this one to not follow the robots.txt noindex coding format.

So, there is no doubt that the websites that still rely on this particular directive need to ensure that their codes are changes in the best way.

If not done in the given time, then the Googlebot will not be able to follow this particular directive and that will cause some new and unsolvable problems in the front of the website.

But how does one do that in the first place?

How does one make sure that the robots.txt noindex directives are changed?

What are the alternatives that are provided for the robots.txt noindex unfollowing?

Well, these are some of the questions that are running in the minds of several people and we are going to provide the answers to these questions.

So, without wasting any more of your precious time, let us get on with the alternatives that you can use in order to make sure that you are able to properly change the robots.txt noindex directives from your website.

If you want to make sure that the search engine crawlers are not really able to index the page of yours, one thing that the developers can do is to make use of the amazing ‘noindex’ Meta Tag which is provided to the users.

All they have to do is used this in the section that says <head > on the page that they have and they are all set.

Apart from that, they can also use the amazing HTTP response headers that are provided along with the X-Robots-Tag as well.

This will instruct the crawlers so that they cannot index the page of yours.

Use of these codes let the Google know that associated page does not exist.

This helps in dropping these URLs from the index of Google when they are processed and crawled.

One of the most important status codes that people need to keep in mind is 404 and it is basically returned in case there is a particular target resource which is not really available or present on the original server any longer.

410 is the status code that is returned when the target resource is no longer available at the origin server.

As the HTTP status would tell you, the 410 response that you know about is used in order to make sure that there is proper assistance in the web maintenance task and it notifies the different recipients about the unavailability of the different resources which might be required by the server. So, it is really important to use it in the first place.

Another one of the options that you can use is the 404 code and that is basically a bit similar to the 410 status code for sure.

When it comes to the long-term as well as the mid-term effects, the effects of 404 are just 410 for the users.

So, there is no doubt that in some cases, these URLs are dropped from the indexes in the best.

One thing which is important to remember in this case is that there is a reduction in the crawling and that is also a little bit of these URLs.

This is in order to make sure that there is not much time taken by the crawlers.

However, there is a difference between these two status codes and it is this that- The 410 status code will basically fall out in a faster and quicker manner than the 404 option.

But then in the usual cases, the users tend to take on this order of 2 days.

So, in case the user is interested in removing the entire content in a natural manner, then they can use any one of the two codes that are mentioned above.

However, in case the user has already done removal of the content, then it won’t really be indexed.

Another alternative of Robots.txt Noindex is the use of Search Console Remove URL Tool.

By using this tool, you will be able to remove that URL from the search results of Google.

With the help of Remove URL Tools, you can temporarily block that will last for 90 days.

Google provides the step by step guide of using Remove URLs Tools that you can go through to adeptly implement this alternative.

4. Use of Disallow in Robots.txt

You can opt for this alternative for directing Google to disallow indexing of that particular page.

This will give input to Google to not crawl that specific page.

This way, content of that page will not get indexed.

When you hide a page behind a log in, it can be a good and effective technique for removing that page from the index of Google.

This way, password protection can also be an effective alternative of Robots.txt NoIndex directive.

The main thing to keep in mind here is that Google will not be supporting the robots.txt NoIndex directives and one need to make the changes quickly if they don’t want to have any further trouble in the future.

With the help of the alternatives that are provided above, the developers will be able to make changes in the directives in the best way.

You need to make the aforementioned changes before September 1.

To know more about the right alternatives of Robots.txt NoIndex for your site, you should be visiting Google Help Center.

So what are your thoughts about Robots.txt NoIndex directive being unofficial?

What do you consider the best alternative NoIndex directive of Robots.txt file? How to Reduce Bounce Rate in Google Analytics in 2021 What The EAT Algorithm Update Means For Search Marketers [2020]

Abuzar Khan is a web developer, SEO expert and the blog editor at SEO Basics, overseeing all blog content and social media. He has over 8 years of web development and SEO experience, working across various businesses. When not working, you can find him enjoying with his family members and friends. 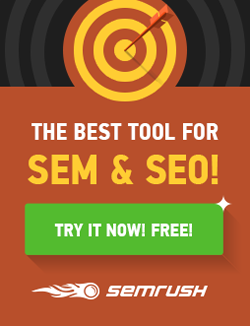